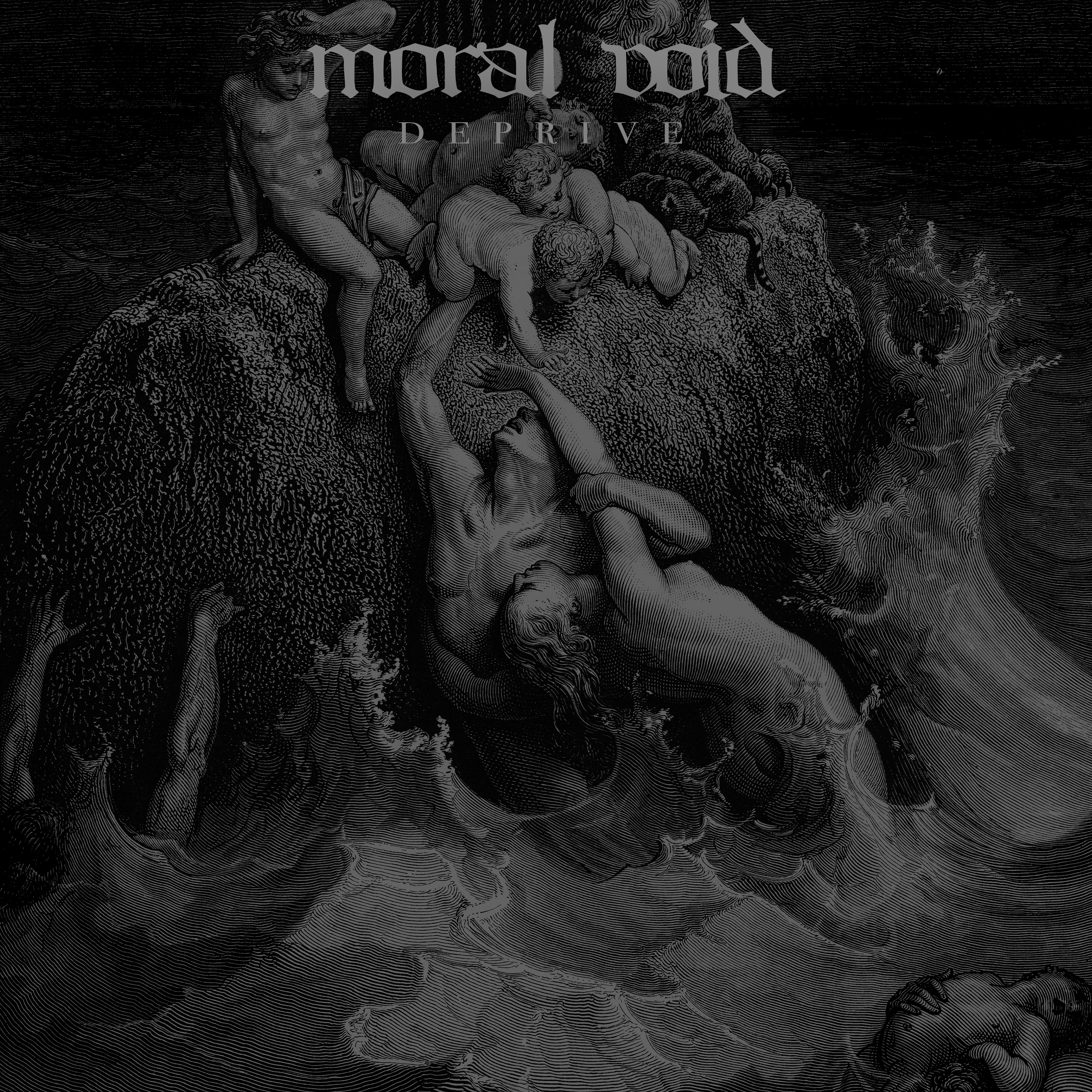 Chicago blackened hardcore punk trio MORAL VOID announce their blistering debut full-legth album entitled Deprive, due on August 11th with Translation Loss Records. Since 2012, MORAL VOID have given only a taste of their thunderously caustic sound with three 7″ releases (one being a split with YOUNG AND IN THE WAY). For their debut full-length, Deprive delivers ten dismal new songs, each one grittier than the last. “We wanted to create a group of movements that were cohesive, versatile, and dynamic while maintaining aggression and rawness”, drummer Ryan Emmans explains.  “We were focused on writing music that gets to the point right out of the gate and doesn’t waste anyone’s time.”  Recorded at Minbal Studios by MORAL VOID’s own guitarist/vocalist Matt Russell and mastered by Brad Boatright at Audiosiege (engineer for Nails, Integrity, Full of Hell, Tragedy, All Pigs Must Die), MORAL VOID chiseled each song to create a sound all their own. With Deprive, MORAL VOID are poised to dominate the underground with their brand of hardcore/punk/metal hybrid that is both bleak and auspicious.

Head over to Decibel Magazine where they have unleashed “Harvest”, the first track off of Deprive.