Academic, apocalyptic black metal unit Lychgate return with their third and most mature work to date, titled “The Contagion in Nine Steps”.

Mixed and Mastered by Jaime Gomez Arellano (Opeth, Paradise Lost, Grave Pleasures), “The Contagion in Nine Steps” sees Lychgate continue to push their arcane darkness forward, casting off a large amount of its opulent organ work in favor of eternally reverberating guitars and extra clean vocal work, giving the perspective of a Satanic performance in a grand and opulent hall. “The Contagion in Nine Steps” will be released worldwide on March 30, 2018. The album is available for pre-order at Blood-Music.com

Regarding the new track, the band comments, “This is the “ceremonial” outro track, which brings the album to a close in a nostalgic, reflective and funereal manner. Unlike much of the rest of the album, it features only clean vocals and is consistently slow throughout. It is important to remember its place as the final track in the album, since frantic and bizarre tracks like ‘Hither Come the Swarm’ are a stark contrast to it.” 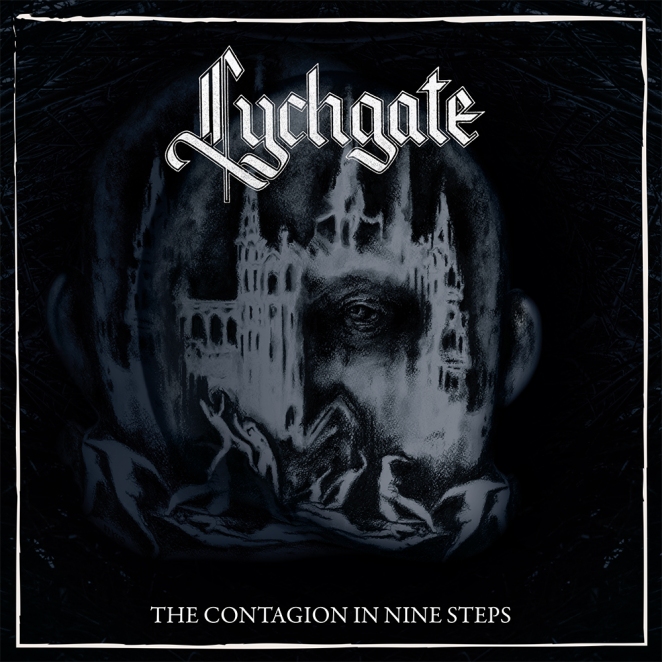 Featuring key members of The One, Esoteric, and Macabre Omen, Lychgate’s “The Contagion in Nine Steps” is one of the most musically accomplished albums to recently come from the confines of the conservative black metal scene. Breaking every rule while managing to bridge the depths of Hell with glimpses of the effervescence of Heaven.

Translation Loss Records announces their partnership with Portland, OR black metal legion, Drouth! They will be releasing their sophomore album, "Excerpts From A Dread Liturgy" on July 31, 2020. Listen to the first single from the enthralling new album titled, "A Drowning In Sunlight" now thanks to Metal Injection! Listen: 🔥metalinjection.net🔥 "Excerpts" will be released on two limited vinyl variants and is housed in stunning new artwork by DROUTH frontman, Matt Stikker. Pre-order is available now. There are two variants to choose from: Version 1: White with Heavy Black Splatter Edition (limited to 400 copies) Version 2: Clear with Heavy White and Black Smoke and White and Black Splatter Edition (limited to 100 copies). This version comes with a limited edition 23x23 poster of Matt Stikker's album artwork! Track listing: 1. A Drowning In Sunlight 2. An Apiarist 3. O Time Thy Pyramids/An Unfinished Nightmare 4. A Repulsive Act Shrouded in Flesh 5. A Crown of Asphodels Photo by Raya Jade Photography @drouthxdeath @translationlossrecords @metalinjection