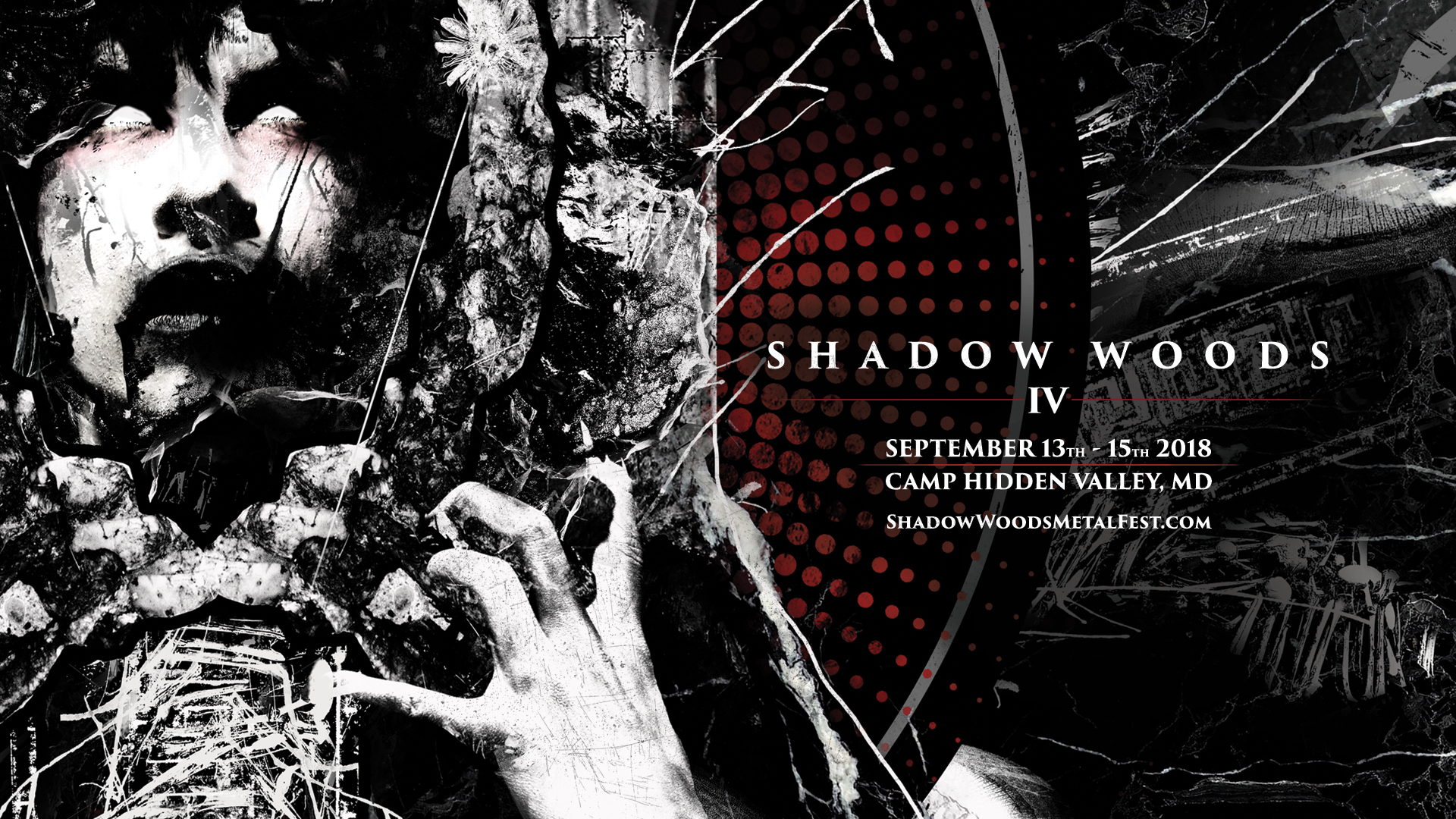 The 2018 edition of Shadow Woods Metal Fest (aka Shadow Woods IV) had hoped to debut this year’s fest in a new location in Virginia, but it was not to be. The festival will return to the original Maryland location, Camp Hidden Valley. Due to changes in dates and venue, changes to the festival line-up had to be made.

Shadow Woods IV will now be held Sept 13-15, 2018 at Camp Hidden Valley (located at 4722 Mellow Rd. White Hall, MD) so that the fest could be presented in the manner that attendees have come to expect. With the date change, however, come expected lineup changes and the addition of a post-fest concert to honor the original performance date of those bands who could not reschedule.. All previously issued tickets will be honored for the new dates. Refunds will be given upon request by emailing Shadow.Woods.LLC@gmail.com.

“I did not arrive at this decision lightly,” said fest organizer Mary Spiro of Shadow Woods Productions, LLC. “But as I continued to try to work with our initial venue in Virginia, it became painfully evident that the location would not have created the type of experience I wanted to give fest devotees, to the bands performing, or to myself and our volunteers who would have to manage it. Fortunately I was able to contact the new owners of Camp Hidden Valley (the 200-acre children’s camp was sold in early 2018). If we intend to preserve the spirit of the fest and present it in the manner that it deserves, this was our best option. I investigated many other venues in the hopes of keeping the dates intact but with no luck. I worked furiously to resolve this in the best way possible and as quickly as possible. If there is any silver lining, it is that we are returning home to a familiar place where the fest was born and to the forests and fields that our Friends of Shadow Woods all love.”

The remainder of the Shadow Woods IV lineup remains remarkably unchanged, and three new bands have been added. As in previous years, Camp Hidden Valley will feature three alternating stages, this time it will be Woodland, Pavilion and Hall.

The entire festival lineup is listed below. Weekend and Day tickets, as well as camping, cabin and parking passes are available at https://ticketing.events/app/portal/1/2362/shadow-woods-iv 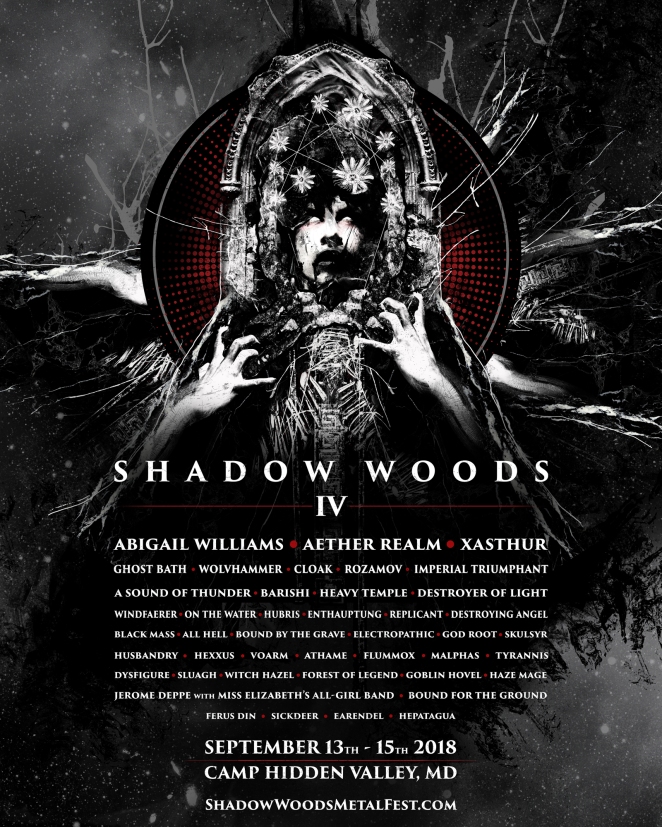 SHADOW WOODS METAL FEST, the Mid-Atlantic’s only open-air camping heavy metal gathering, is pleased to announce the complete and updated lineup for the 2018 festival, which runs from Thursday, September 13th through Saturday, September 15th in White Hall, MD at Camp Hidden Valley.

For the fourth year, the festival will host over 40 of the underground’s leading bands, representing many genres and subgenres of heavy metal, folk, rock, experimental, and noise. “It was pretty clear from the positive feedback I received after the 2017 fest that festival goers did not want to see Shadow Woods end,” said Mary Spiro, fest founder. “So without a venue or a confirmed lineup, I started quietly raising the funds to do a new fest via the contributions of past attendees.  The lineup came together very quickly and I am extremely proud and excited to present these past favorites and new discoveries.”

Bound For The Ground

A Sound of Thunder

Bound By The Grave