Imperial Triumphant have unleashed “Gotham Luxe”, the third, mind-melting new track off “Vile Luxury” at Metal Injection. “Gotham Luxe” features monstrous vocals by Will Smith of Artificial Brain. The track is an example of  the endless possibilities of when a composer opens up a piece of music to others to rework and interpret. Where the bulk of the written material is by drummer Kenny Grohowski,  added sections and ideas from vocalist/guitarist Zachary Ezrin and bassist Steve Blanco bring the song tangibly and conceptually to life.

“The song takes a look at the control centers of our civilization, and how they move geographically through the millennia” says Vocalist/guitarist, Zachary Ezrin about the concept of the album. “With all their magnificence, luxury, and disgusting bile as it pertains to NYC.”

“Vile Luxury” is available for pre-order now on LP/CD/DD through Gilead Media (US) and Throatruiner Records (UK). 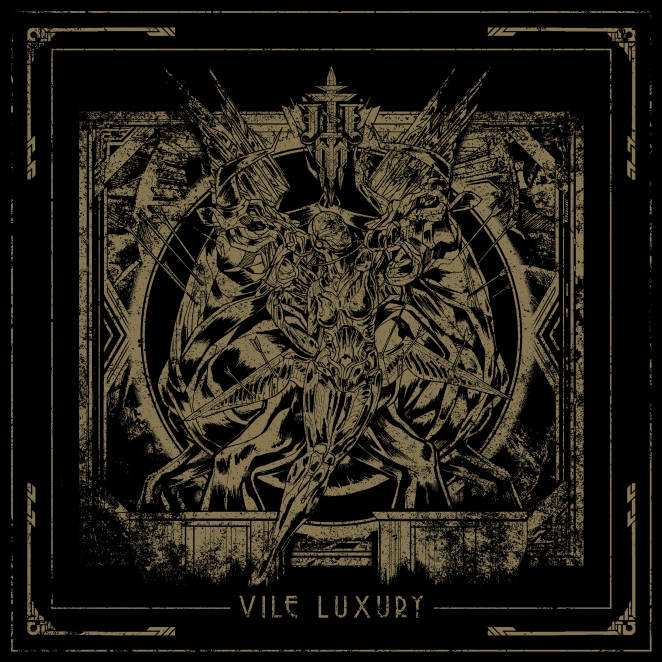 New York’s nebulous, avant-garde metal outfit Imperial Triumphant redefine sonic darkness on their ambitious new album, “Vile Luxury”.  A turbulent, frenetic take on experimental noise and progressive black metal, Imperial Triumphant embody the most austere side of the New York underground. Chaos, menagerie, and the perils of the city clash with its reputation for majesty and extravagance. The band aim to portray the juxtaposition between high society and urban decay.

“Our city is like the corpse of a giant.” The band explains. “What was once so bright, grand and spectacular, is now filled with greedy maggots writhing towards their share of ‘success’. We don’t support it nor are we against. We only play the sounds of the New York City as we hear them.”

“Vile Luxury” combines the various musical elements that follow well within the tradition of music in New York, a monolith of the Western world, of constant experimentation and appropriation of all things that enter it, never leaving the same as it came.