Ursa stream “Abyss Between The Stars”

California heavy doomsters Ursa reveal their thick-riffed and imaginative new full-length “Abyss Between The Stars”. It’s streaming in it’s entirety, ahead of the November 2nd release date, now at Noisey. “It’s traditional, or how I picture traditional heavy metal to be—the Dio days” explains vocalist/bassist Matt Solis. “I get to pretend I’m on a mountaintop with my hair blowing in the wind.”

“Abyss Between The Stars” is available November 2nd via Blood Music on LP, CD, digital.

Ursa, “Abyss Between The Stars”

With riffs so thunderous they tear holes through mountain peaks, URSA enchants in the heaviest tradition of mystical sorcery, telling tales of animal spirits forged from smoke that dissipates above ancient caravan campfires.

With grandiose stories of wizards, dragons, spiders, and demons; URSA is the heaviest of bard, singing fascinating, barbarian tales of cutting human heads off with one swoop of the steel and brewing complex potions out of dragonfly wings.

Consisting of ¾ of the legendary prog metal band Cormorant, “Abyss Between the Stars” condenses all the innate and heavy mastery of Cormorant into focused, catchy, and powerful riffs that draw the listener in and empower them on their journey through the untamed wild west.

Pure doom to its core. A choose-your-own-adventure tale in audio form. 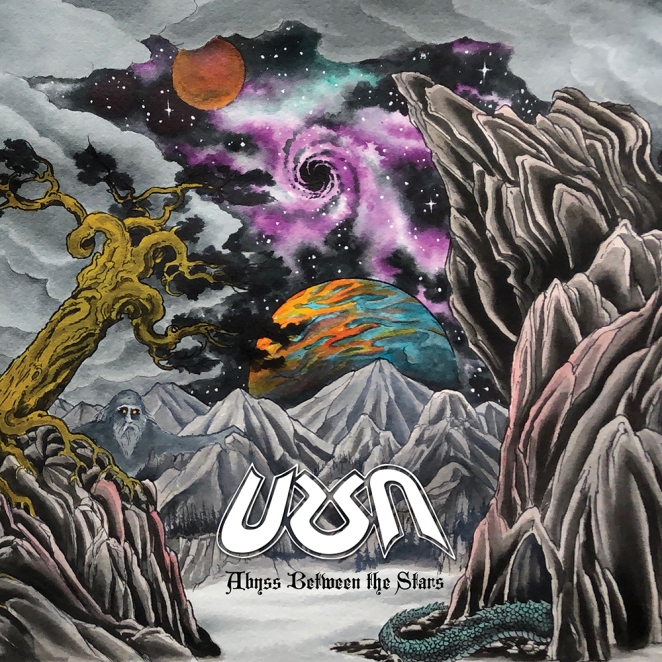