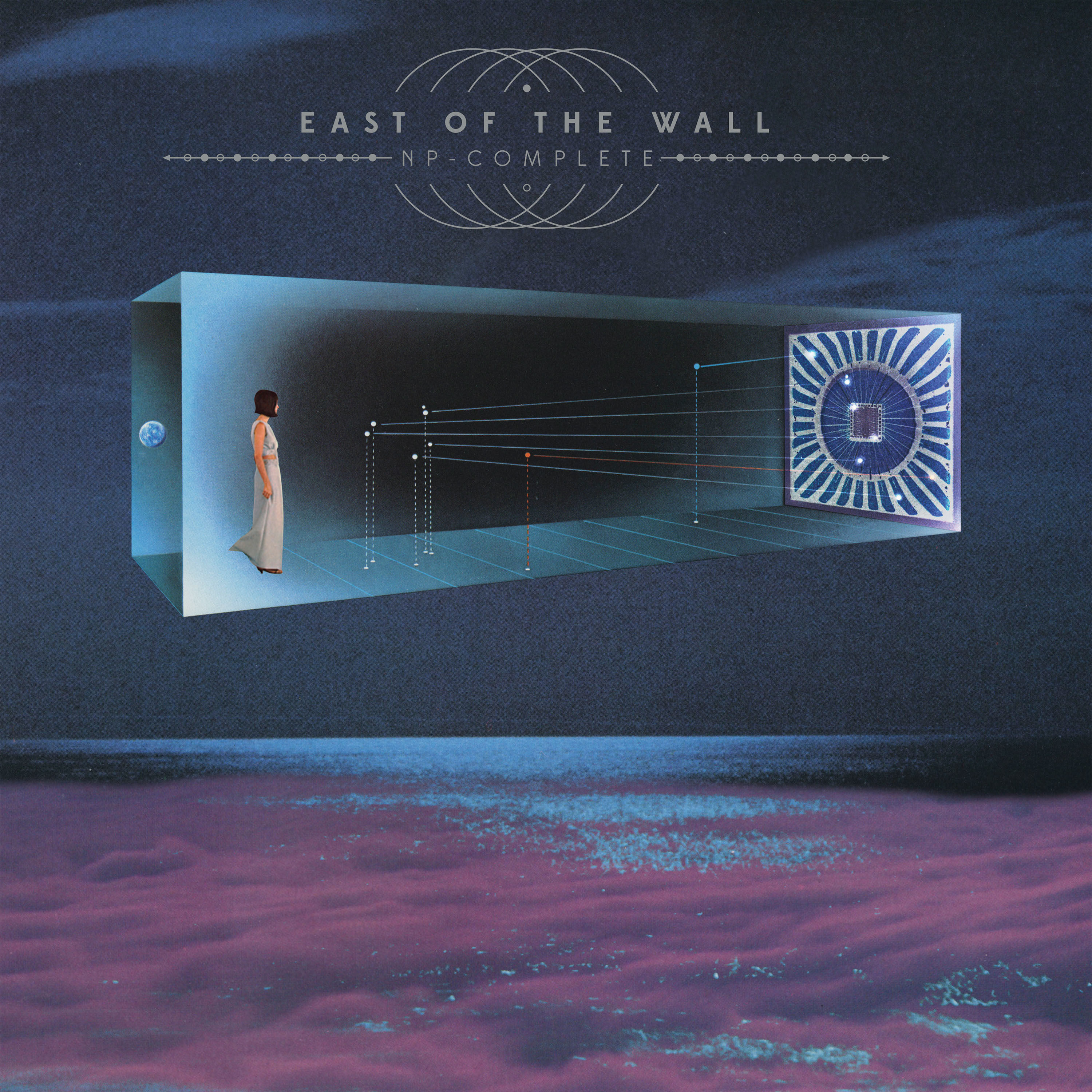 NJ progressive metal legion East Of The Wall have released a harrowing new epic titled, “Non-Functional Harmony” in the form of a music video. The video is streaming now at Lambgoat.

East of the Wall’s Chris Alfano (bass, vocals) had this to say about the track and video:

“‘Non-Functional Harmony’ was a bit of an experiment from us, inspired by our cover of Nick Drake’s ‘River Man’ that we released on our split with Cryptodira back in 2015. We were so happy with the way we were able to take this beautiful acoustic ballad and transmute it into a harrowing epic; so we said, ‘hey, Greg, can we ruin one of your songs too?’ Greg, our vocalist, isn’t always the first one to bring in the riff that kicks off a writing session, since his solo material is pretty far removed from progressive metal. But he had the bones of the verse/chorus structure, and we all were into it, so fortunately he let us hack and tear it into something that is of disparate worlds but native to none. It has a jazzy breakdown replete with trumpets, a galloping bridge like Iron Maiden but in 9/4, and the best lead tone we’ve ever gotten out of an Earthquaker Devices Data Corrupter pedal. In short, we dig it.

“I knew straight away that this tune was on the short list for ‘this one needs to have a video,’ and the first person I wanted to ask was Michael Englisis. We loved his work on the video for ‘Couldn’t Be Saved’, which my and Seth’s other band NY in 64 released 2 years ago. He has this incredible, cinematic eye that matched the scope we were hoping to achieve. He pitched this idea for a haunted cowboy epic that we had no idea how he’d pull off, and we were floored by what he was able to accomplish on a shoestring budget. I was there for some of the filming, and he and the actors went seriously above and beyond – Jesse had the crap beat out of him while tied to a chair, Justin fractured a couple ribs, Michael put in serious hours to have the video ready in time for NP-Complete’s March 29th release. Those dudes gave their all, and we owe them our souls (assuming the devil doesn’t claim them first).”

“Non-Functional Harmony” comes from East Of The Wall’s mind-melting new full-length, “NP-Complete”. The album will be available on March 29th via Translation Loss Records.

New Jersey progressive metal outfit East Of The Wall return after 6 years with their most potent release to date titled, NP-Complete. 8 new songs, all serpentining through genre boundaries, and delivering seismic yet delicate vitality, NP-Complete distances East of the Wall from modern metalcore without abandoning the group’s progressive slant, instead leveraging adventurous new angles. It’s a cavernous, intricate labyrinth for you to stumble into and lose yourself in.