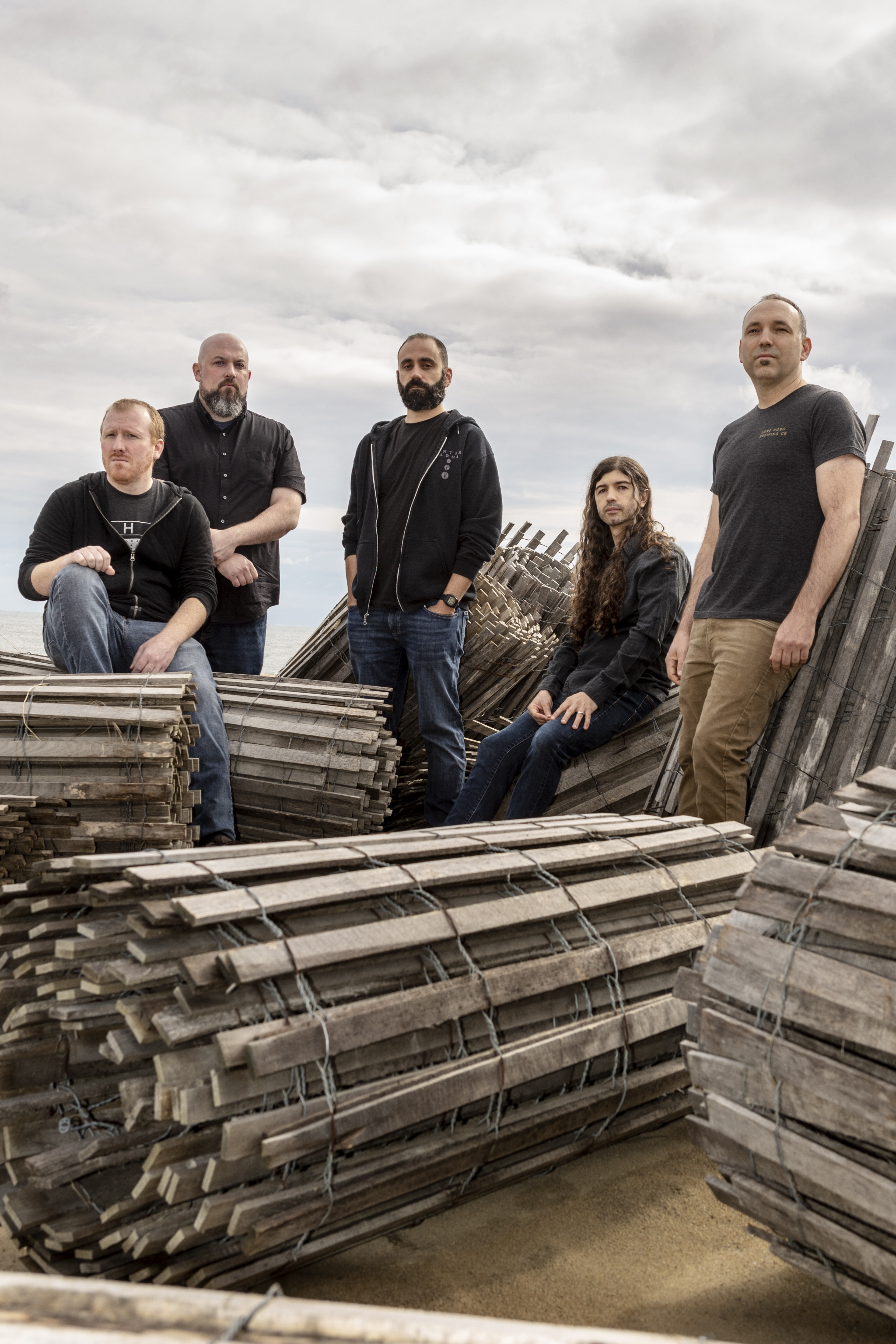 East Of The Wall stream “NP-Complete”!

Ahead of the March 29th release of, “NP-Complete”, NJ progressive metal legion, East Of The Wall stream the blistering new album in full today at Metalsucks.

About the album, guitarist/vocalist Matt Lupo comments, “NP-Complete is the most cohesive record we have made in a while. There are so many different styles and ideas happening, and yet it all sort of melds together quite well. A lot of that is thanks to Chris. We recorded the majority of this album in his apartment, and he really pushed us from a production standpoint. Not just “let’s do one more take to make sure you nailed it.” He’s always saying things like “let’s just try this part with a few different sounds to see what works best in the context of the song.” 3 hours later, you’ve tried a combination of 4 guitars, 3 amps, 2 speaker cabs, and about 10 pedals. There’s nothing “just” about it, but it makes the song that much better, and when you translate that to the entire album, it really adds up.”

Bassist/vocalist Chris Alfano comments, “Matt called this “the most cohesive record we have made in a while”, which… I mean, if “a while” is the last five years, it’s kind of true by default, isn’t it. But mulling over what Matt said, it left me reflecting on the ways that his statement is true but also maybe not. NP-Complete seems as diverse as Redaction Artifact or The Apologist. If anything, we tried to expand more into new sounds while still anchoring to the touchstones of our, I don’t know, quintessence? (Although admittedly we’ve moved the Overton window to average more prog-rock than techy metallic hardcore.) But where I think Matt is correct is that there’s more consistency of intent. East of the Wall has always been a balancing act of clashing ideas and influences: too many and the record can bit unmoored or overstuffed (which tended to be the criticisms of Redaction Artifacts and Ressentiment). But too few and you don’t get the texture, the journey, the things that I love about the band. On NP-Complete, there was a sense of harmony and common purpose that was particularly binding, and hopefully you can hear that in the end result.”

East Of The Wall
“NP-Complete”
New Jersey progressive metal outfit East Of The Wall return after 6 years with their most potent release to date titled, NP-Complete. 8 new songs, all serpentining through genre boundaries, and delivering seismic yet delicate vitality, NP-Complete distances East of the Wall from modern metalcore without abandoning the group’s progressive slant, instead leveraging adventurous new angles. It’s a cavernous, intricate labyrinth for you to stumble into and lose yourself in.