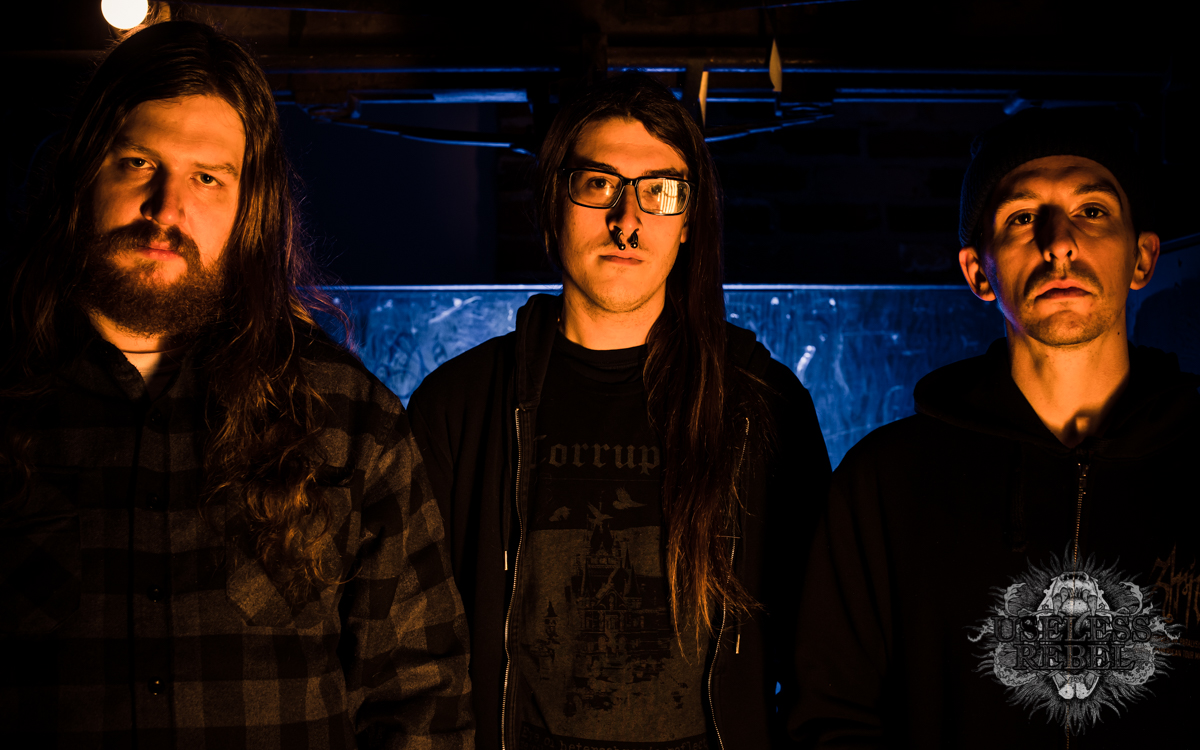 Doomed sludge fiends Moros crawl out of the Philly filth to deliver Weapon, a 7 track album brimming with miserable, riff-obsessed, teeth-chattering low end. “Weapon” is streaming now, in full, at Kerrang! ahead of the Friday, March 29th release date.

Moros guitarist/vocalist, Jason Dost comments, “I hope people can connect to the picture of misery and pain this record was meant to convey. It’s nothing new, we live in a fucked up world and some of us have been exposed to it more than others. Musically we wanted to draw on some newer influences we haven’t previously experimented with, which helped create a dismal and hopeless feeling.”

Doomed sludge fiends MOROS crawl out of the Philly filth to deliver Weapon, a 7 track album brimming with miserable, riff-obsessed, teeth-chattering low end. Through an unrelenting and savage death metal lens, the trio have developed a uniquely massive sound and offer their most hateful and explosive music to date. Toxic and infectious melodies drive up fists and chest-thumping bass rattle skulls into heady groove. Brutally unforgiving, Weapon offers no hope in an already poisoned world. “This album deals a lot with the idea that man/humanity is a weapon upon itself and others” says guitarist/vocalist Jason Dost (also of Krieg, live drummer for Skaphé, Nauseator). “Whether it’s physical, emotional/physiological or self harm, we are driven by abuse and we also provoke it.”

Weapon will be released on March 29th via Hidden Deity Records on limited edition vinyl and digital. Pre-order is available now.